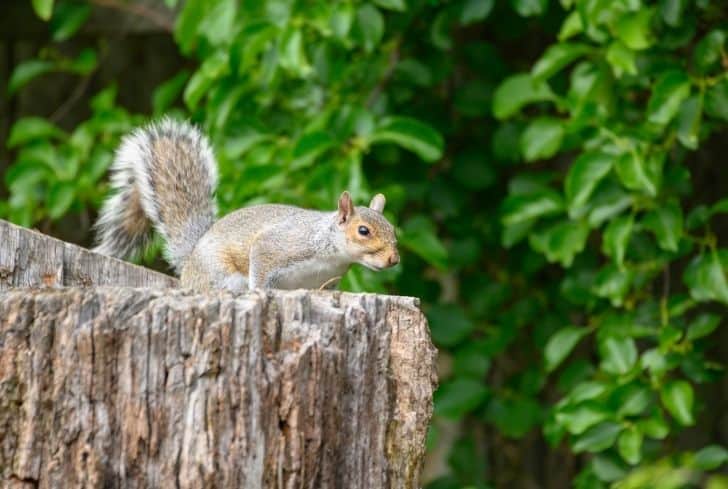 Squirrels are cute animals for some people, and they don’t mind them. But that’s because they’ve never had to deal with these obnoxious little creatures running about in their yard.

Even animal lovers may find squirrels to be a nuisance. They’ll wreak havoc on your garden, consume your pet’s food, chew on cables, and overall make you feel uneasy.

Just like rodents and mice, they tend to breed very fast. What started as one or two squirrels could turn into a scurry of squirrels.

If shooting is your initial response to getting rid of them, you should think about a few things. Continue reading to find out if shooting squirrels with a pellet gun is legal.

Is It Legal To Hunt Squirrels in the Backyard With a Pellet Gun?

Whether it is legal will depend on the rules of the state you reside. Squirrel killing especially using a gun, is prohibited in some states unless it is hunting season or a special license. Some states have rules prohibiting the use of firearms at all, so you need to check on that.

Some states do allow the killing of squirrels at any time, but using other means apart from guns. You are allowed to capture the squirrels and release them back to less populated areas. But you still need to check what the rules in your state say.

You need to keep in mind that there are different types of squirrels. There are ground squirrels, tree squirrels, and flying squirrels. Different states will only allow you to kill one and not the other.

If you are going to use a pellet gun, it should be strong enough to kill at once. And this is the most humane way to kill a squirrel. Get a pellet gun that is powerful enough to do that.

Can You Shoot Squirrels With a BB Gun?

It’s the greatest technique to kill a squirrel when you can perform a clean kill with a gun. Because BB guns discharge tiny projectiles, these guns aren’t extremely powerful.

See also  Suspicious Car Parked in Front of My House: What To Do?

Squirrels move quickly, and you probably won’t be able to aim and strike it well enough to kill it right away.

They will damage the squirrel rather than kill it right away. The squirrel will suffer for an extended period before dying from the wound, which is inhumane.

Can You Shoot Squirrels With an Air Rifle?

Using an air rifle can be considered the most humane way to kill a squirrel quickly. It is a better choice if you use pellet projectiles rather than BB projectiles.

Consider using a sound moderator so the rest of the squirrels don’t get scared by the noise. You will be able to kill many this way.

Setting up a feeder with some peanuts will also attract the squirrels to one place. You will be able to kill without having to chase them all over the place.

Other Ways of Killing a Squirrel Other Than Shooting

There are other options if you don’t want to shoot squirrels or your state doesn’t allow it.

When your dog eats a poisoned squirrel, nothing will happen to it. In which case, it will need to be taken to a vet.

You can rapidly get rid of them by using gas or flooding where they generally stay. The squirrels not killed will find it impossible to remain in their nests and flee. If you’re not familiar with this procedure, enlist the help of professionals.

The veterinarians will either administer an injection or utilize carbon dioxide asphyxiation. It is how the usual oxygen-carbon dioxide exchange is disrupted. The vet mixes vinegar and baking powder and feeds it to squirrels. This mixture will instantly kill the squirrel.

See also  Can You Build a Treehouse in a Dead Tree? (or Protected Tree?)

Ways To Get Rid of Squirrels in the Yard

Most people believe that killing an animal is inhumane, and you may be one of them. There are ways to get rid of squirrels without killing them.

Here are ways you can keep squirrels out of your backyard without killing:

To deter them eliminate or reduce the food available. Use feeders that make it impossible for squirrels to access food. Don’t put loose food that they can reach easily.

If you plant bulbs, it is only practical to cover them up with wire mesh to avoid squirrels digging them up.

If the tree has some squirrel nest, try to check if it has some young ones. You can go ahead and remove the nest if it has no baby squirrels. If it has baby squirrels, then carefully remove them. Keep them in a safe place to reunite them later on with their parents.

New state law directs that if you cannot reunite baby squirrels with their parents, you will be required to kill them. Hence it is advisable to leave the nests alone until the young ones can be independent. When you see the young ones start to foliage for food outside, you will know.

Recently there has been the introduction of electronic repellents. Squirrels will react to ultrasonic sounds and keep away. You can buy EUOCT 360° Squirrel Rodent Repellent from Amazon. Turn it on, and after a few days, you will discover you have no more squirrels in your backyard.

Is It Legal To Shoot Squirrels With a Pellet Gun in Florida?

In Florida, it is legal to kill squirrels during the hunting season. There are three types of squirrels in Florida, fox squirrel, southern flying squirrel, and the eastern gray squirrel. The state highly protects the first two, and it is illegal to kill them.

It is legal to kill the grey squirrel as long as you do it humanely. According to the animal welfare act, you are not allowed to cause unnecessary suffering to animals.

You can use a pellet gun to shoot grey squirrels in Florida.

Is It Legal To Shoot Squirrels With a Pellet Gun in California?

In California, squirrels have been classified as non-game animals. You can kill them anytime, anywhere, according to the law. But while the killing of squirrels is allowed in California, the use of a firearm is illegal.

However, while the killing of squirrels is allowed, trapping them is only allowed with permission from the department of fish and wild animals.

They direct that traps must be checked daily, and any squirrel trapped must be released or killed humanly. If you can make an animal suffer, you will be fined under the animal welfare act.

Squirrels can be a nuisance in your home, as most people will agree. The alternative of killing them will always be appealing. Some states’ laws have agreed and have made it legal to kill them.

It’s a good idea to research your state’s laws before getting a rifle and killing squirrels in your backyard. Some states allow the killing of squirrels but not the use of weapons, or a special license is required.

Some states prohibit the killing of squirrels and have them taken as protected animals. Going ahead to disregard the law may earn you a hefty fine.

If your state prohibits the killing of squirrels, don’t fret; there are alternative ways to get rid of them. Remove the food source, use a repellant, limit access, and get rid of their nest. 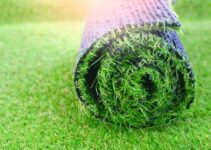 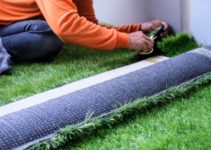 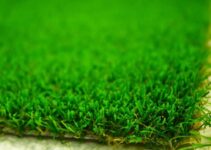 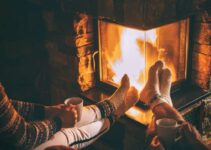 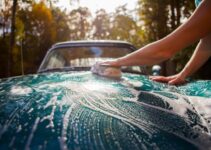