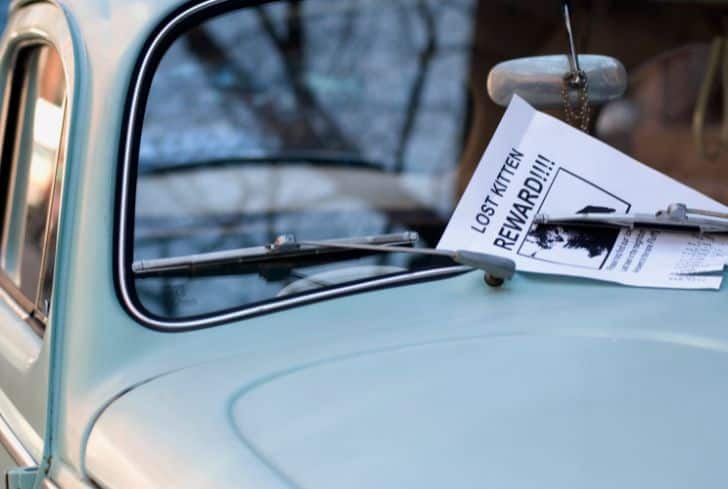 Flyers are promotional pamphlets that disseminate information about a company or a public event to impact the audience’s opinion. Since flyers are supposed to raise awareness rather than cause difficulty, taking precautions while posting them is crucial to prevent legal action or financial penalties.

Knowing the rules before posting fliers is essential to prevent offending others. Flyers should be put with care since some people find it offensive when they are posted in locations where they do not belong, even if that is the objective of a flyer. This article contains several recommendations for posting flyers and answers to questions raised.

Is Putting Flyers on Doors Illegal?

Putting flyers on people’s doors without attempting to sell anything is not totally illegal canvassing. The vast majority of areas make it permissible; however, before engaging in this activity, you should always verify the laws in your community. A more effective strategy would be to conduct localized, highly specific promotions.

Flyers could be sent out at minimal cost, and people are more likely to reply if they get one. You can also consider purchasing door hangers if you are confident that distributing flyers door to door is the most effective way to disseminate the information you offer. You can avoid making direct contact with the homeowner altogether by just pinning hangers to the front door.

By just hanging the flier on the door, one can avoid breaking any solicitation laws that may be in place. Always check to ensure there isn’t a sign stating that residents do not want to be solicited. If you choose to disregard them, this might result in a fine for solicitation, which is something that no one wants to have appeared on their profile.

Is It Illegal to Put Flyers on Cars?

It is against the law to post fliers on cars without the owner’s explicit authorization. In addition, you can potentially break the law by trespassing if the car is parked on private property.

Most municipalities have some regulations prohibiting soliciting. If you are unsure whether or not it is legal to place a flyer on a car’s windshield, it is in your best interest to refrain from doing so.

The costs of any potential violations will outweigh any potential revenue gained from distributing the fliers. Flyers on cars, however, may be posted lawfully provided permission is obtained from the property owner. A property owner will only provide authorization if you’re working for a good cause. There is a $500 maximum penalty for breaking this law.

Before distributing leaflets in a parking lot, be sure you aren’t breaking municipal littering regulations. If your fliers are blown away in the wind, you will not gain any revenue from them and might get in trouble for littering.

What Happens If You Put Flyers in Mailboxes?

Mailbox dumping of non-postage-paid flyers is a federal offense. Consequently, hundreds of posters distributed can result in significant penalties since each leaflet is treated as an offense. In addition, you risk a full-scale government probe. With government agencies like postal services, any accusations within its paths are immediately deemed criminal offenses.

If you are guilty of placing flyers in mailboxes, you could have to pay a fee for each count of interfering with the mail. This implies that if one puts a hundred fliers in a hundred different mailboxes, one may face a hundred separate charges of tampering with mail.

The maximum penalty for mailbox vandalism is $250,000, or three years in jail, depending on how many times it occurs. In other words, it’s prudent to refrain from putting anything in a mailbox if you have doubts about whether or not you may legally do so. It may seem severe, but it’s best to avoid breaking the law.

Can You Put Flyers on Trees?

Posting fliers on trees in a visible location is perfectly acceptable. In addition, there is no indication that it is prohibited to post fliers on trees as long as the tree is not situated on the property of any individual. You might also check to see whether it’s against the law in your region to place fliers on trees by looking into the local legislation.

Despite this, several regulations and municipal ordinances limit where advertising flyers can be displayed and where they can be distributed. If you want to put fliers on trees, for instance, some towns demand that you get permission beforehand; thus, you should learn about local rules before continuing.

Whether you fail to get permission before putting flyers, you will violate the law and be subject to monetary penalties; thus, you should check to see if you have the proper permits before removing and adding any tree flyers, as well as before conducting any trimming or maintenance on a street tree.

Do You Need a Permit To Put Flyers on Doors?

Yes, a Peddler’s License is required by the majority of cities. If there is more than one person going door to door passing out flyers, then each individual must have a copy of the flyer, regardless of whether or not they are all employed by the same firm. The license may be used for a whole year and costs a little money to purchase.

See also  6 Amazing Ways To Keep Ducks From Flying Away

A door mail slot is a convenient delivery location for a flyer. However, in majority of situations, this won’t be successful. You may want to think about posting your fliers on the bulletin boards at local community centers or utility poles instead.

Before you travel around the city putting posters, you should verify the local regulations. For example, some municipalities may have restrictions or outright bans on begging and advertising. If you are unsure, it is preferable to limit your advertising to public locations that are easily visible, such as those with billboards.

Can You Put Flyers On Lamp Posts?

It is against the law to attach posters to lampposts in public spaces without obtaining authorization from the local government or its representatives. They can be removed by the local government, which may take legal action against you and result in a monetary penalty. Depending on the severity of the infraction, you may also be fined.

Small companies or community events might benefit from inexpensive and efficient ads such as handbills and flyers affixed to lamp posts. But before you start sticking posters up on lampposts, make sure you know the rules in your area about the minimum size and form of flyers and the maximum amount of time they may be up.

Before affixing posters to a lamppost, you must also have authorization from the appropriate governmental agency. The signs will be taken down, and you may be fined if you do not get approval. Lamp post signs are intended to be read by pedestrians and motorists traveling at a leisurely pace.

How Can You Legally Pass Out Flyers?

You can lawfully distribute fliers in your area by posting them on community access bulletin boards in public buildings. These are usually accessible to everybody and allow posting without restriction. If appropriate, you can also approach nearby establishments and request your flyer be displayed in their storefront windows or bulletin boards.

If you want to post your flier in these areas, you must get permission beforehand. Flyers may quickly be sent to a specific area thanks to the availability of several direct mailing lists.

Use social media instead if you’re on a tight budget. Today, almost every municipality and county has its own Facebook or Twitter page.

Since inquiries can be asked instantly on social media, it’s frequently more convenient than traditional mailers. However, most individuals will ignore a flier if they don’t get in a mail form.

They are more likely to be interested in a product or event if they notice that their friends are enthusiastic about it on social media. But, personalized mail can do the trick.

Can You Hand Out Flyers on the Street?

It’s possible to distribute leaflets in various settings, from giving them out on the street to delivering them directly to people’s doorsteps, also known as a door drop. The distribution of flyers is not only lawful, but it also does not need any permits or leaflet distribution licenses in the majority of situations.

There aren’t many rules to learning how to distribute flyers legally, but it’s important that you do. Make sure you can legally distribute corporate fliers before deciding how, when, and where to do so (when applicable). Distributing flyers legally requires no prior authorization if:

1. These posters are for a good cause or reflect strong moral, religious, or political convictions.

2. You’re distributing fliers in a moving public vehicle, such as a bus or cab.

3. You are giving the flier out for free to customers who have made orders with your brand.

However, at some times of the day, such as rush hour or very late at night, it may be against the law for you to pass out fliers to potential customers. Therefore, the time a flyer may be shown may also be limited. A judge will likely uphold the limits if they are reasonable.

Putting fliers on people’s vehicles, doors, and mailboxes may seem an excellent way to get the word out about your new business, but it’s not the most effective strategy. Flyers might get you in serious trouble if you don’t have the authorization to display them. You could redirect your attention to direct mailers and public displays of flyers instead.