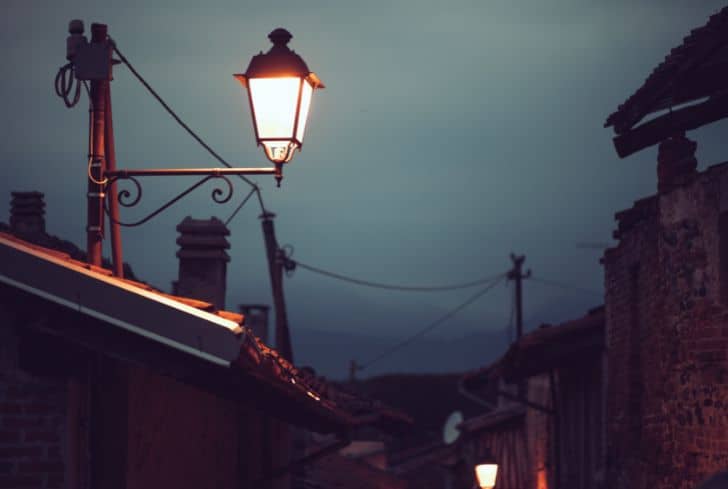 Lighting is required at all signalized crossroads and roundabouts and street lights are elevated sources of light often located on a lamp column or pole along the roadside or within the median. Street lights or highway illumination are essential for the safe, pleasant, convenient, and productive movement of automobiles and pedestrians along the road at night.

The layout of a street’s lighting system is crucial since it determines whether or not nighttime traffic can be operated safely, comfortably, and conveniently. The purpose of a well-lit street is to improve visibility for motorists and pedestrians alike when it’s dark outside.

In this article, we will delve through to determine if turning off street lights on streets is deemed fit to be illegal, including other regulations.

Is It Illegal To Turn Off a Street Light?

When it comes to whether or not it is lawful to turn off a street light, the answer varies from city to city. It is highly unlikely that any municipality has a particular ordinance that makes it illegal to switch off a street light—considering that your actions are not harming the street light or any other city-owned property.

For city-hosted events like fireworks shows, the municipal government in many communities switches off the streetlights for the duration of the event. Therefore, if there is an issue with your street light, the guardians will most likely provide instructions on how to turn off the street light.

In addition, traffic speed and flow improve with increased lighting, intersections, bridge construction sites, level crossings, and other no-traffic zones benefit greatly. So turning it off would be inappropriate.

The response to this is conditional on your current geographical location. The Department of Transportation is normally responsible for fixing any issues with public street lighting. However, if you live in a subdivision, you should talk to your HOA because they will be the ones to contact the power company about the maintenance.

Here are a few bodies that maintain street lights;

The responsibility for the maintenance and repair of street lighting will typically fall on the power company. However, the provision of electrical power varies from state to state.

In Western Europe, this would normally be the DSO, which refers to the business in charge of the power distribution at the neighborhood level.

You can search on the internet to see which company supplies electricity to your community or look it up yourself. In addition, you can voice any complaints regarding the street lights by going to their website and finding the page designated for contact information there.

Do Street Lights Stay on All Night?

The majority of the time, the city government authorities are responsible for maintaining the street lights from the hours of nightfall until morning. As a result, some of them will turn off when nobody uses them late at night (i.e. after midnight). Nevertheless, a study reveals that turning off street lights at night are pretty good scenario.

Not only does it save money and energy for the local government, but it also assists the active animals at night. However, there is mounting evidence that ecological light pollution is linked to harmful impacts, not only on human health but also on the health of animals. These consequences can be detrimental to both species.

Light sensors are included in the control systems of some of today’s street lights. In addition, a large number of residential areas use part-night photocells to regulate their street lighting. After dark, these photocells turn on the lights, which stay on until about midnight. After five and a half hours, the lights turn off and remain dark.

Can You Request a Street Light To Be Turned Off?

Yes, you can contact a local operator to access government resources. Ask the operator for the street light maintenance department’s number. The Transportation Department is responsible for repairing broken or missing streetlights in most urban areas. In addition, a private contractor in your location may repair the broken street lights there.

Put down the streets and intersections where you wanted the street lights turned off on paper. Relay that information to whoever is writing up the report. This data can determine if you can turn off the street light.

Some governments and cities prefer email correspondence to an online form. If this is the case, you should draft an email detailing the street light’s position, the issue you encountered, and your contact information in case further investigation is required.

Who Turns on the Street Light?

Photoelectric sensors and timers are used to regulate the illumination of the street light. The photoelectric sensor (usually mounted on the top of each fixture in residential areas or a unit controlling a big bank of street lights on highways) detects daylight and automatically turns on and off the lights. As a result, no one needs to turn on/off lights every morning and night manually.

This avoids the nocturnal hassle of the streetlight turning off and on again. Because the photocells are not regulated by a time clock but rather by the hours of sunshine, we mean that when we speak of the middle of the night, we are referring to the point in time that is halfway between sunset and sunrise and midnight.

Do Street Lights Ever Go Out?

Once they have reached the end of their maximum life cycle, the light bulbs used in the city’s street lamps are replaced. Before they entirely go out, they will begin to turn out for a certain period and then turn back on again. Sometimes there is a problem with the photocell, resulting in light being continuously rather than switching on when it gets dark outside.

In addition, there is a possibility that a street light or pole has sustained damage and will need to be repaired. Utility companies are responsible for the upkeep of the vast majority of the city’s street lights, while the City government is responsible for a select number of the fixtures.

You can inform those in authority if you come across a street light that exhibits any of the problems that have been outlined above. This will allow notification to be forwarded to the relevant utility company. Depending on how busy the utility company is at the time, the light bulb gets changed within a week or two, on average.

Do Street Lights Go Out in a Power Outage?

Most street lights get their power from a source distinct from the feeder that serves the homes. You may still have street lights; however, this will depend on the location of the power loss. It also relies on the transformer that supplies power to the neighborhood’s houses and street lighting.

Most of the time, a single transformer will supply power to anywhere from four to ten homes, while the power for the street lights will likely come from a separate transformer.

See also  Do You Need a Permit to Build a Treehouse? (Is It Legal?)

Some communities have three phases and a neutral phase running on the power poles. Because the streetlights can be linked to any one of these three phases, you can have that effect even if one of the phases has “tripped” and is no longer receiving electricity.

Newer suburbs will likely have independent photocells on each light (so they may not always come on simultaneously). Older suburbs may have a single photocell servicing several lights; these will all come together simultaneously, and each will have its feed running from light to light.

How Do I Report a Burn Out Street Light?

Calling your local transportation or utility department is the standard method for reporting a street light that has burned out and should be replaced. In most cases, they will provide a contact number for you to call to inform the appropriate people. Because of this, you will need to leave a voicemail explaining the broken street light’s location and issue.

There are also websites where you may report a broken street light by filling out an online form with information about the light and its location. The number of the pole tag, which can be located at eye level on the streetlight, is another piece of information that city officials frequently ask to disclose. By notifying the authorities about this pole tag, they will have an easier time finding the location of the street light.

It is unavoidable for a city’s street lights to go out at some point, given that many of them are left on 24 hours a day or for a minimum of 12 hours every night. It’s risky for them to go out because of their many potential threats, such as being hit by a car or tripping over hidden hazards like potholes. That streetlight needs to be repaired by your city. It’s your civic duty to raise their awareness of the issue.

Lighting for pedestrians focuses on the path. Trees, rows of large plants, unique roadway angles, parking arrangements, and other things might make walkways darker. Pedestrian lights should be lower on the pole than car lights, but the two types can share a pole.