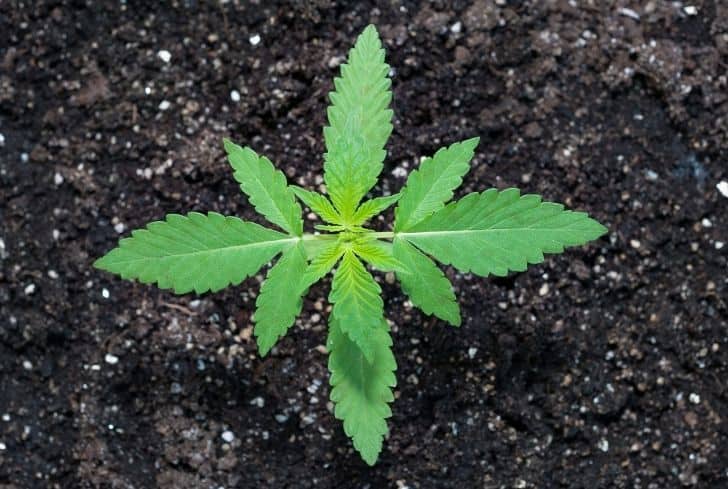 Hemp is a sustainable plant capable of surviving in many climates and environments. It’s also a versatile plant, used for fuel, food, medicine, and even clothing.

A recent survey has shown that one-third of the U.S. population uses CBD. But then, many might prefer to cultivate hemp around their home for quick and easy access. The only question is can you grow hemp in your backyard?

Well, in the 18th and 19th centuries, hemp was completely legal. It was legal to farm or use the crop. The ban on hemp started in the 20th century. Excitingly, the 21st century brought good news for eligible hemp users and farmers in the U.S., as the crop was made legal.

Statistics show that the United States is the third-largest hemp producer globally. They are behind China and Canada. However, before you start growing hemp in your backyard, it’s important to know the law’s position.

In this article, you’ll understand more about hemp, including whether you can grow hemp in your backyard. Read on!

Can I Grow a Hemp Plant in My Backyard?

Yes, you can. Hemp is 100% legal in the United States to grow, but you must adhere to state and federal law. And know that the law governing hemp’s cultivation in California might be different from other states.

So, it’s advisable to check with your state’s agricultural department to know the law’s position on hemp cultivation before getting started.

The challenge with growing hemp at home is that most state’s law limits the plant count to just three flowering plants for each individual (six plants in total). Thus, you might not obtain much fiber from this setup.

Differences Between Hemp Vs. Marijuana

So, what are the differences that exist between hemp and marijuana? Firstly, let’s look at the similarities between both plants.

See also  Do You Need a Permit For a Gravel Driveway?

Quickly, it’s important to note that hemp is one of the varieties of the cannabis Sativa plant. Marijuana happens to be another variety. Hemp and marijuana are in the same plant species.

Another similarity between hemp and marijuana is that you can obtain CBD from both plants. The full meaning of CBD is cannabidiol, a phytocannabinoid uncovered in 1940. CBD accounts for 40 percent of the plant extract and is one of the 113 cannabinoids found in cannabis plants.

Now, here are the significant differences between hemp and marijuana.

The key difference between hemp and marijuana is their THC content. THC stands for tetrahydrocannabinol. The chemical causes the “high feeling” people usually experience when they smoke marijuana.

The hemp plant contains a THC level of 0.3 percent or less, while marijuana usually contains more. Marijuana has over 0.3 percent of THC.

Another clear difference between hemp and marijuana is that hemp is 100% legal in the United States of America, both at the state and federal levels.

As indicated in the 2018 Farm Bill, it’s legal to grow hemp or cannabis plants with THC levels 0.3 percent or less. It’s also legal to use any hemp-derived CBD product at both federal and state levels.

On the other hand, the details about marijuana’s legality are sketchy. Marijuana’s THC level is over 0.3 percent, so it’s not legal at the federal level.

However, state laws vary on the use of marijuana. So, it’s essential to check your state laws before using marijuana to avoid getting into trouble with the authorities.

A Pro Tip: CBD products are legal at the federal level, but that’s only when they’ve gotten from hemp and THC level is less than 0.3 percent.

Because of the THC levels, people don’t smoke hemp as much as they smoke marijuana. The low THC level in hemp means one has to smoke more of the plant to get high.

Below are some of the produces hemp is used to produce:

Is Growing Hemp at Home Legal?

Firstly, it’s important to state that the Farm Bill of 2018 only relates to the commercial cultivation of hemp. Therefore, before one starts growing hemp for personal usage, it’s only wise to inquire about the legality of doing such.

Now, this leaves us with the big question, is growing hemp at home legal in the United States of America? Well, the answer is yes! But if you reside in Idaho, you may have to wait until 2022 for the newly signed law to come into effect.

This implies that Idaho residents have to wait until 2022 to start growing hemp at home. But officially, hemp production is legal throughout the United States of America.

It’s important to note that the USDA (United States Department of Agriculture) set the guidelines for the growing and usage of hemp across the country. So, you must follow their regulation strictly.

You can only grow or use hemp if the THC level is less than 0.3 percent. But know that you cannot grow hemp in a state where cannabis is considered illegal. An example is Georgia. Individuals who reside in Georgia can’t cultivate hemp in their private residential areas.

However, things might change at any time, so be on the lookout.

A Pro Tip: In states where hemp cultivation is legal, you can’t cultivate the plant commercially without a license. It’s against the law to do so.

How Long Does It Take To Grow Hemp?

Hemp’s growth doesn’t take long and this makes it a great substitute for wood in the paper-manufacturing industry, among others. So, simply put, vegetative hemp’s growth cycle lasts for 3 to 16 weeks. Therefore, in just 4 months, your hemp plant will be ready for harvesting.

It’s important to note that making adequate nutrients available is crucial to hemp’s performance during its vegetative state. During hemp’s growth phase, it usually requires a high amount of nitrogen. Potassium is moderate, while low levels of phosphorus are adequate.

Yes, hemp seeds can go bad, but their lifespan depends on the storage method. The reason hemp seeds go bad is because of their rich omega fatty acids content. These constituents cause the breakdown and spoilage of hemp seeds.

See also  Can I Pepper Spray My Neighbor’s Dog? (And Cat)?

Once you open hemp seeds and store them in the freezer or refrigerator, expect them to last for a least a year. But when you have the package stored in a pantry, expect the shelf-life to be within three to four months.

A Pro Tip: Attempt to sniff your hemp seeds bag before using them. The reason is to determine if the seeds are still useful. If via sniffing you discovered rancid smell, endeavor to discard the hemp seeds and get fresh ones.

Where Can Hemp Be Grown Legally in the U.S.?

In the past, hemp cultivation was illegal. Those who tried to cultivate the medicinal plant were jailed. Today, things are much different. Hemp cultivation is now possible in all the 50 states in the U.S.

It’s legal to cultivate hemp both for personal and commercial purposes, both at the state and federal levels. But you must adhere to the USDA guidelines and ensure the hemp’s THC level is less than 0.3 percent.

A Pro Tip:  Idaho is the only state where those itching to start cultivating hemp on their private property have to wait a little longer. The bill legalizing hemp production, research, processing, and transportation has been signed. But people need to exercise patience until the 2022 spring farming season.

You can also update yourself on laws on hemp cultivation in any state you find yourself in.

So, can I grow a hemp plant in my backyard? Well, yes, you can. It’s legal to grow hemp in any state across the U.S., though you must follow the guidelines set by the USDA. Furthermore, if you plan to cultivate hemp for commercial purposes, please make sure you have the necessary permit or license.

You should also remember that USDA guidelines include that hemp farmed on private property should contain THC levels of less than 0.3 percent.