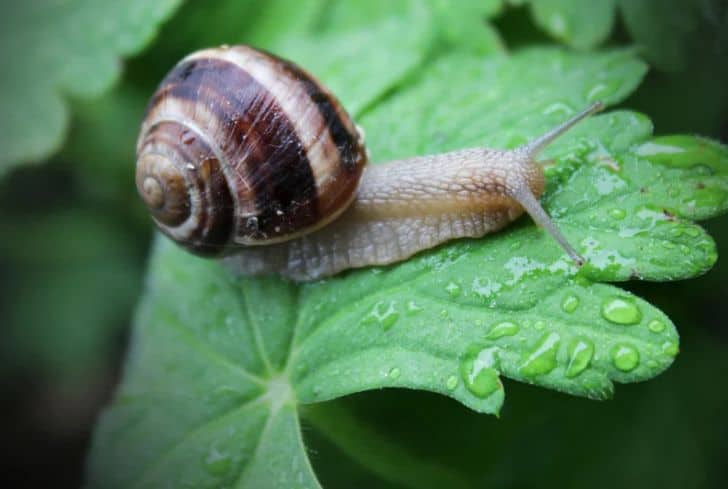 Snails are small, but the damage they can do to your garden and decorative plants is substantial. Most gardeners usually resort to using snail bait to try and get rid of snails. However, most people are unaware they could unintentionally invite mice while attempting to eliminate snails using the snail bait.  But can snail bait kill mice?

Mice eat snail baits because of their opportunistic appetite for nearly anything. Most people use snail bait, made up of harmful compounds like methiocarb, metaldehyde, and iron phosphate, to get rid of snails. Any animal that takes these substances will die, even mice.

If you can’t see how this is possible, continue reading this well-researched article.  We provide much information about snail baits, including why they poison mice, snails, and other animals.

Snail pellets are poisonous and fatal to small animals, humans, and pets. The pellets contain at least one of these three toxic elements: iron phosphate, methiocarb, and metaldehyde. If eaten directly, the snail pellets kill the mice instantly. These harmful elements are also mixed with oats, rice, apples, or bran to make the pellets appetizing to the snails. The additives are what attract the mice too.

Sadly, mice eat the snail pellets, unaware they are poisoning themselves. Let’s examine the effects of the three substances on mice after intake;

Is Snail Bait Poisonous To Mice?

Metaldehyde is the most common toxic chemical found in most snail baits. The mice get poisoned after eating the snail bait and die within hours. Typically, the baits are available as liquids, powders, or pellets. Mice eat snail bait either from the packets or directly from the ground. The pellet’s chemical is usually mixed with molasses and bran to attract snails and other animals like mice.

Most people place the baits in areas where snails are likely to come across them when looking for food. The additional ingredients attract snails and other animals with a food-like smell. Mice will find the snail bait while searching for food, and they will eat them after concluding that their food hunt is over.

The same lethal substance in snail bait made to kill snails will also kill mice. If mice weren’t your primary target, don’t use chemical-filled snail baits in your garden.

What Does Snail Bait Kill?

The harmful ingredients in the snail bait cause the snails to swell and die when they eat it. They get dehydrated as a result of the poison’s increased mucus production. Different reactions from the other animals could still be severe and lethal.

Watch out for these symptoms to determine whether your pet accidentally consumed snail bait.

Time is of the essence, particularly if you suspect your pet may have consumed snail bait. Make an instant appointment with the veterinarian for more advice. Avoid waiting things out because it could be fatal for your pet.

Rats naturally eat anything they come across because they are opportunistic feeders. They will eat the slug-pellets if they are hungry and cannot find another food source. Rats are also naturally curious creatures and will chew on the plastic covering to see whether there is food inside, eating the pellets as they go.

See also  Do Chipmunks Keep Mice Away: What to Know?

Is Snail Bait Poisonous To Birds?

Birds do not usually eat the snail bait directly, but they are known to eat snails. A bird will become poisoned if it eats a snail that has already consumed the bait. Most snail baits include the toxic metaldehyde making them poisonous to birds. When the snail eats the bait, the poison continues to be active in its system. Whether the snail is alive or dead, the bird will swoop down to eat it.

Once the bird has eaten the poisoned snail, it will eventually succumb to the poison and die. It is not advisable to encourage birds into your garden to aid with snail control if you use snail baits in your yard.

Ducks, chickens, and geese are a few domesticated birds that eat snails. The whooping crane, wood stork, everglade kite, and many other species of wild birds also eat snails.

Keeping birds out of your garden could be challenging, so avoiding using chemical-based baits is best. You can use wool snail bait as they are free from any chemicals that would harm the birds. Wool pellets contain phosphorous, nitrogen, and potassium.

Is Snail Bait Poisonous to Dogs?

Snail bait contains toxic ingredients that are poisonous to dogs. The chances of a dog eating snail bait and dying are very high, especially if you don’t notice right after and get help. Your dog can be poisoned and die with just 1 gram of metaldehyde. The other ingredients that make up the snail bait attract the dog to the baits.

Chewable pellets containing metaldehyde inside, flavored with apple, bran, and molasses to attract snails, are what form snail bait. The same components will attract your dog’s curiosity. As curious as most dogs are, your dog will eat the snail bait.  Snail bait also comes in powder or liquid form, which your dog will ingest when they lick their paws.

Your dog will experience breathing difficulties, fever, vomiting, lack of coordination, and cramps. These symptoms start to show within 1-4 hours of the dog eating the snail bait. As soon as you see these signs, you should immediately call a veterinarian and take your dog.

Your dog can also die from secondary poisoning if it eats a snail that had previously eaten the snail bait.

There are several reasons why snails attract rats. One is that the rat can easily capture snails, making them a convenient meal. A snail is a little animal with no legs, a long, soft body, and a large spiral-shaped shell. Most predators, including rats, have no trouble catching them because they tend to move so slowly.

See also  Do Mice Eat Wax Candles? (But Why?)

Snails are a source of calcium and nutrients vital for rats’ growth.

There are numerous vertebrate predators of snails. Rats, mice, shrews, and squirrels are the most common. It’s true rats eat snails! Brown rats will eat snails in the wild as part of their diet. Another rat species that enjoys eating snails is the roof rat. You shouldn’t be shocked to find roof rats dwelling close to where snails are in plenty.

If the snail retreats within its shell, the rats will drill a hole in it, remove the snail’s body, and eat it. You will likely see empty snail shells where the rats or snails reside. Rats can easily catch snails because of their slow movement.

Rats will eat anything that appears to be tasty and edible. A hungry rat will find a snail a delicious meal, whether alive or dead.

One of the three toxic substances—metaldehyde, methiocarb, or iron phosphate—will be the main element in most snail baits. The snail baits contain two compounds that have the potential to kill worms and ants: metaldehyde and methiocarb. Even while it works well to get rid of snails, the iron phosphate-containing one has no adverse effects on other insects, animals, or birds.

You should be aware that you won’t only be killing snails if you utilize Sluggo as your snail bait. This particular bait will effectively kill snails, slugs, cutworms, ants, earwigs, sowbugs, pillbugs, and crickets. Spinosad and iron phosphate are ingredients in the bait. The ants are attracted to the snail baits for a particular reason.

Ants are very hardworking, and you might be surprised to see that they can carry the snail bits to their hideouts. Molasses, one of the additional elements in the snail baits, will attract ants and convince them that it is a tasty food item. However, the ants will eat the toxic chemicals while eating the molasses.

Snail baits, particularly those made of chemicals, don’t seem like the best choice when trying to get rid of snails. They are deadly to birds, dogs, mice, rats, ants, and worms, among other animals. Although they efficiently aid in killing snails, the harm they cause to the other animal is immense.

Using chemical-free snail baits is preferable, or looking for alternative strategies to eliminate snails in your garden.