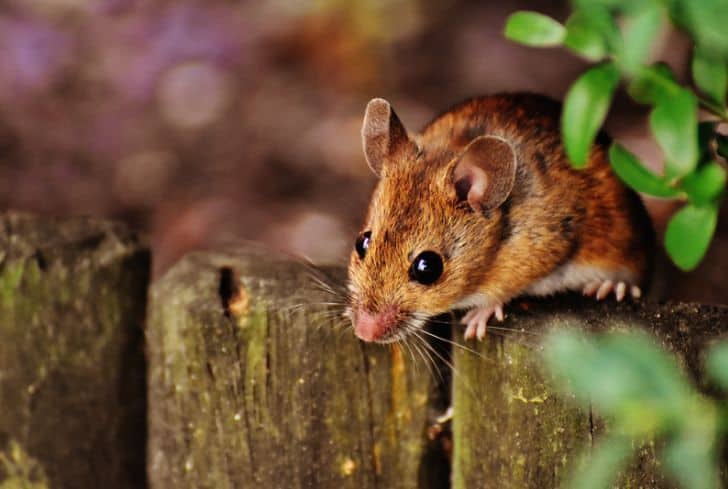 Mice are tiny creatures that some people enjoy having as pets, but in other cases, they are unwanted visitors to homes. They are furry and have cute furry noses.

Whether you have mice as pets or they have infested your home, it is crucial you know their feeding habits to know how to handle them. Although mice have a very diverse feeding menu, they have certain things they enjoy and lines they won’t cross when it comes to their feeding habits. How about worms and insects? Do mice love eating worms? Let’s check it out.

Yes, pet mice do eat worms. You can describe the diet of pet mice as being opportunistic omnivores. What this means is that they will eat anything that gets in their way and has any form of nutritional value.

Worms shouldn’t be fed to mice too often; they should be occasional treats. Giving them a portion two times per week is more than enough. The reason for this is that they need to get some minerals, vitamins, and fiber throughout the week as well, by eating vegetables, fruits, seeds, or grains.

It is essential to get worms and insects in general from a reliable source. You can get canned ones at the pet store or go for the freeze-dried package. Any one of these will work just fine, as they are definitely clean and well prepared.

You shouldn’t look for insects in your backyard because it is dangerous. It is impossible to tell whether they have been in contact with pesticides or other things that can be harmful. Giving mice safe bugs is just as important as giving them washed fruits and vegetables.

Mice can eat a variety of insects and larvae that come their way, they do not necessarily eat caterpillars. Caterpillars aren’t usually on the menu for mice, but they aren’t completely off-limits. They may eat them when there is no other option around. It is a rare occurrence, though.

If their pet gets hungry enough, they will try to eat something it usually doesn’t get to eat. So, the answer is yes, they do – but only under the proper circumstances.

See also  Do Mice Eat Wax Candles? (But Why?)

Will Mice or Rats Eat Earthworms From Your Worm Bins?

Since we’ve already established that mice earworms are a great source of nourishment for them, the answer is a straight yes. Mice will eat worms from your worm bins. Worm farms can attract mice if there’s enough food in the earthworm dumpster at once or if improper food scraps, like meat, are introduced.

A compost bin may serve as an invitation for rats and other pests if meal leftovers are introduced quicker than the earthworms can put them away. Things like rotting meat and dairy products would appeal to them and are often big offenders. The strong smell of food coming from the food in the bin will alert and attract them to the bin.

The house mouse has adapted to urban living and has evolved to eating almost anything, they still typically favor insects and seeds. While most mice eat insects, not all do.

Deer mice are more common in the wild and prefer to eat seeds and fruit. However, they will eat beetles, caterpillars, grasshoppers, and leafhoppers. The mice that find their way into your home are most likely not deer mice. They won’t help you if you have an insect infestation.

No, they do not. Hibernation is common amongst creatures during winter, but mice, whether they are inside or outside the house, do not hibernate during cold seasons.

They spend their winter foraging for food, seeking shelter, and, if they’re outside, avoiding predators. These rodents will burrow their way into the ground to rest and bear their young if they are outside, but if they are inside, they will nest in wall voids, attics, or crawl spaces.

When mice find their way inside in the winter, they may end up chewing on anything from support beams to storage boxes. Wires and insulations may not be left out as they may gnaw and shred them too.

If mice can tear into your bags of trash, they may transfer germs to everything they touch. The pests also contaminate food with their saliva and droppings when they rip open packaging in search of their next meal, plus mouse saliva can trigger asthma.

Mice rarely bite people. They may do that only if they feel threatened or cornered. They aren’t known to be aggressive. Mice and rats biting people can be an issue because they can spread disease through their saliva, feces, or urine. Most of the time, they host mites, fleas, and other parasites that can transmit diseases to people.

While bites from mice usually aren’t serious, it’s still a good idea to see a doctor if you get bitten. The biggest threat from rodent bites is the risk of infection because they carry bacteria and viruses that can lead to potentially lethal conditions.

Mice have strong front teeth, and they can break your skin if they bite you, and this can draw blood. Their bites usually lead to a single puncture wound. The time you’re most likely to be bitten by a mouse is if you’re handling it.

Rat-bite fever (RBF) is an infection carried by bacteria that live on some rodents. RBF can be transmitted through bites or by consuming food and water contaminated with rodent feces or urine.

Symptoms of this infection usually begin within 3 to 10 days of contact and in some cases, it may be delayed up to 21 days. It can cause symptoms such as fever, vomiting, headache and muscle pain. Antibiotics are effective at curing RBF, but only if it is treated quickly.

Mice are known for their excellent climbing skills. They can crawl up just about any surface, so yes, they can climb beds. But not just climbing, they can leap one foot in the air, so this is a fact you might want to consider if you have your bed low to the ground.

Although the bedroom is a personal space in the home where you let your guard down and have a good night’s sleep, if mice have infested your home and infiltrated your personal space, it will be hard to relax knowing that they may climb into your bed.

Can Mice See in the Dark?

Mice don’t have very good eyesight. While they aren’t completely blind, they have trouble seeing objects clearly. This means that mice cannot see clearly not just in the dark, but in the light as well.

They do have other ways of finding their way around the room rather than using their eyes. For one, they rely on their whiskers to figure out their surroundings. One mouse has two dozen whiskers on its face, and for a good reason, because each whisker has powerful sensors on it. Mice use signals to create a virtual map in their head of their surroundings and this map helps them figure out how to get around.

See also  Can Termites Eat Through Plastic? (And Digest it?)

They also rely on sounds they hear and odors they smell to understand what is around them. They use the combination of these sounds, smells, and signals from their whiskers to find things to eat and avoid any dangerous situations.

Mice have good memories, which means they remember when they notice dangers like pets and poison. They use these memories to avoid risky situations in the future.

A vermivore is a zoological term for animals that eat worms. Rodents like rats and mice eat worms because they are a great source of nourishment for mice. Worms as well as insects are high in protein, which is especially important for mice and rats.

What Is a Mouse’s Favorite Food?

Mice have a lot of food on their menu, but chocolate is hands-down their favorite. Peanut butter comes in a close second. A mouse that includes a combination of both of these is almost irresistible to a mouse. Food items like bird food, pet food, and cereal are also high on the list of preferred mouse foods.

Mice are known to eat just about anything, and an easier question to answer would be what mice don’t eat. They have an extremely diverse diet – consuming just about any food they can find. Although they may not be picky about their food choices, they do have preferences when it comes to their food.

In cartoons and other works of art in the past, mice have been portrayed as loving cheese, but you would be surprised to find that cheese is actually one of their least favorite foods.

Their feeding habits can be described as curious by nature; they are inquisitive creatures, and they investigate new items, including food that’s placed within their area.

They consume large amounts of food in a single feeding and nibble on many food items at random. And because of this, they end up contaminating and damaging a lot more items than they could ever possibly consume.

Mice will eat most types of vegetation, including plants, fruits, corn, oats, mushrooms, roots, and even tree bark. They are also known to eat cockroaches and meat. And like many other rodents, mice are hoarders who will store their food in or around their nesting sites to eat later when the food sources may be in short supply.