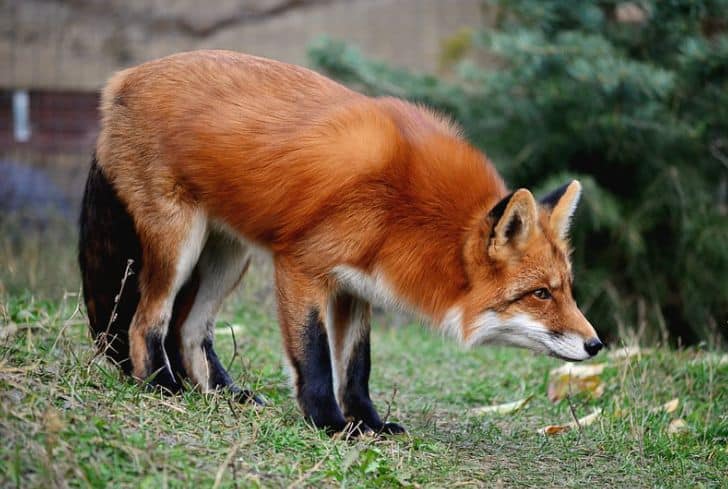 Foxes are lovely animals, and if you live near them, you’re likely to see one close to your home. They aren’t trying to harm you, but most of them are looking for food. Foxes aren’t picky and will eat practically anything when it comes to food. But can foxes eat slugs and snails?

Snails and slugs are nutritious and helpful since they contain a lot of protein and low-fat content. Vitamin A, iron, calcium, minerals, and calcium are abundant in snails and slugs. All of these will be very beneficial for fox nutrition.

Will Foxes Eat Slugs and Snails?

Foxes love a wide variety of foods and will eat almost anything that appeals to them. They will consume slugs, snails, rabbits, rats, and various small animals.

There’s no need to scare a fox away from your garden because it can help you get rid of snails and slugs. To combat the snail and slug problem, you should consider attracting foxes to your yard. Using foxes instead of insecticides is a more natural way to eliminate these pests.

Foxes will come to your house because they are curious. If you leave pet food out in the open around your property, the foxes will come. Foxes will flock to your garden if it is messy or overgrown or if you use natural fertilizers that contain fish, bone meal, or blood.

Are Slugs Harmful To Foxes?

Most people are unaware that putting the pellets in large clumps rather than distributing them attracts foxes, cats, and dogs. They have a pleasant smell, and only a few chunks are sufficient to kill a fox.

The best technique to prevent slugs from damaging your plants is to use non-toxic remedies. According to experts Edu/sites, slugs are controlled with egg shells, sand, hand picks, natural predators such as chickens and ducks, or by planting slug repellant plants.

See also  Does Raid Kill Wasps? (Yes. But How?)

Can Foxes Be Kept as Pets?

Foxes are wild animals that are difficult to domesticate. Even though some individuals believe they can be maintained as pets. The truth is that they don’t make good pets, and keeping one is prohibited in several states.

Foxes do not thrive as indoor animals and require regular access to prey and plenty of physical activity. Even in states where private citizens can keep foxes as pets, only certain species are permitted. The reason behind this is that foxes are still quite dangerous.

Let’s look at why keeping foxes as pets isn’t a good idea:

Can Foxes See In The Dark?

Have you ever wondered why foxes appear to enjoy hunting at night? Because foxes are nocturnal. They prefer to do most of their activities at night.

A fox’s eyes have high-definition vision, allowing them to see even in the darkest of conditions. Foxes have big eyes, allowing more light to reach their retina. Even at night, the fox can see more clearly.

The layer of tapetum lucidum is responsible for the shine that you see in the fox’s eyes when artificial light reaches them.

Which Animals Feed on Snails?

You can find snails very much anywhere. They will be found in the sea and on land. Despite their protective shells, they are easy prey for various predators.

See also  Can Bed Bugs and Roaches Live Together?

A table with 34 snail predators can be found below.

What Animals Will Eat Slugs?

Slugs attract a variety of predators, including the following:

Foxes are omnivorous and eat meat and plant-based meals. They will eat the little animals that they come upon in your garden. Foxes are skilled hunters who can readily catch birds, rabbits, frogs, rats, earthworms, and various other animals.

Let’s look at what foxes like to eat, from the most popular to the least popular:

Why Should You Not Feed Foxes?

When you notice a fox around your house, it’s tempting to feed it, but it’s not a good idea. Here’s why you should not feed foxes.

See also  Do Moths Come From Caterpillars? (Answer Inside)

What is Poisonous To Foxes?

A variety of substances poisons foxes. It’s worth noting that poisoning foxes intentionally is prohibited in most parts of the world. However, sodium monofluoroacetate (1080) can be used with proper authorization.

1080 is a tasteless, odorless powder used to poison foxes. The poison is used primarily to keep the fox population under control. It can be blended with dried, processed, or fresh meat baits and spread on the ground.

Unfortunately, 1080 isn’t the only dangerous substance that foxes are exposed to. Several foods can be harmful when consumed by a fox. They won’t all kill a fox, but they can make it sick.

Here are a few items to keep away from areas where foxes frequent:

Seeing a fox around your home should not cause alarm. Just know it’s there to feed and will be on its way shortly. It won’t make a friendly pet; therefore, there’s no point in keeping it.

We’ve already discussed what draws it to your house. We’ve also advised you what could be dangerous to this lovely creature and can quickly kill it.