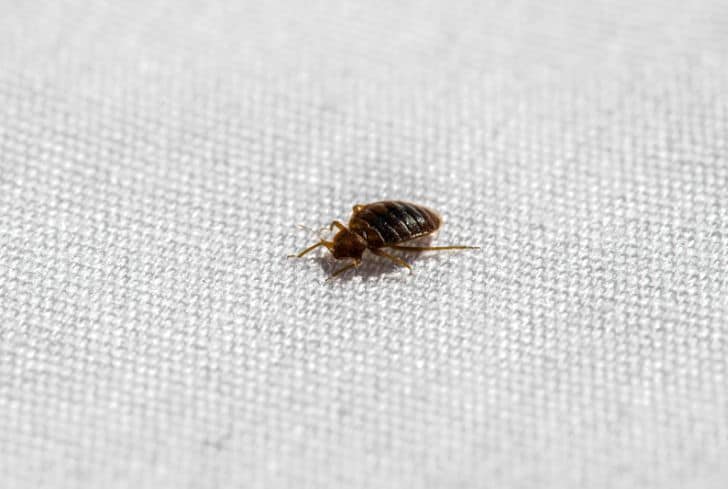 A dead bedbug is easy to spot, but one that is pretending to be dead is more difficult to locate. After treatment of an infested place, you might believe the bedbugs are all dead. Sorry to burst your bubble, but a bedbug can’t pretend to be dead.

Other bugs have been reported to “play dead,” possibly due to an enemy threat. They can become rigid and motionless and fall off if they are on a surface. All of these reactions are meant to throw their predators off.

Bedbugs will try to flee in a different direction rather than play dead. It’s simply not in their nature to act that way. But to convince you further, why not read the rest of the article.

Do Bed Bugs Pretend to Be Dead?

No, bedbugs don’t use “playing dead” as a defense mechanism. They are quick to run away when lights are switched on or disturbed. Fear of a predator is so great that they would rather scurry away to hide than play dead. A bed bug that is lying still is either dead or dying.

While playing dead is common for some animals and bugs, it’s not so for bedbugs.  Because most predators dislike consuming dead stuff, most bugs and animals pretend to be dead.

If you invite a pest control professional to spray your home, don’t assume that all of the bedbugs are gone. There’s a chance that some will get away before the pesticide takes effect.

Well, bedbugs have never evolved enough to learn how to play dead. Blame it on natural selection. Most of their predators will probably squash it or get rid of it using any method. It doesn’t matter whether it’s dead or alive; the same reaction applies to all their predators.

Bedbugs have evolved from bat bugs which would naturally feed on bats. Biologically today’s bed bugs have no significant difference from the earlier bats. The only difference is that the current bedbug feeds on humans, not bats.

If they tried to play dead the bat bugs would lose their grip on the bat and fall to the cave’s floor. Considering they couldn’t fly, climbing up to the cave ceiling to reach the bat would be impossible. Besides, playing dead would not prevent the bat from eating the bat bug.

Because bedbugs don’t move far from their host, pretending to be dead won’t last long. When they smell blood, they’ll want to feed. And there’s no better time to eat than when their host is nearby.

It’s in the bedbug’s best interest to play dead after you’ve sprayed them with insecticide, but this isn’t possible. After all, you’ll be tempted to keep spraying if you see the bedbugs still racing about afterward. It is not, however, in their character to do so.

Bedbugs are known to become more active after being sprayed with a pesticide. That’s true because they need to find a safe area to escape from the deadly effects of pesticide. They have detected something harmful and must flee.

Only when a strong insecticide is used can bedbugs be killed effectively. Otherwise, you will see some bedbugs trying to flee. A significant infestation will require at least two professional pest control sprays.

Not all bedbugs will die instantly after being sprayed with a pesticide. Some will flee, while others will take their time to die. The good news is that those who managed to escape will eventually return and be killed by pesticides.

However, if you still notice dead bedbugs a few weeks after using the pesticide, it’s a sign that it wasn’t effective. It’s also possible that the bedbugs laid eggs that had already hatched. Bedbug eggs have tough shell that protects them from pesticides.

Heat treatment is the most efficient approach to killing bedbugs. It kills bedbugs, their eggs, and their offspring. They are destroyed by heat temperatures of 212°F (100°C).

Do Bed Bugs Have Defense Mechanisms?

Bedbugs don’t have any kind of defense mechanism. They can’t pretend to be dead. We’ve already discussed why this isn’t a viable tactic for them.

Let’s look at some other reasons bedbugs lack defense mechanisms.

1. They don’t release an odor

Unlike stinkbugs, they lack a specific gland in their stomachs that can produce a foul odor to drive off predators. Bugs with this special gland will secrete a foul smell when they feel threatened.

They will spray the unpleasant odor to make themselves repulsive to their predators. The bedbugs can’t have this unique gland because the blood they consume from their hosts fills their stomachs.

2. Bedbugs are not poisonous

Bedbugs lack toxins, making them taste horrible when eaten or causing damage. Some bugs show their toxicity by displaying black, yellow, or red colors. Bedbugs have a rusty brown or a darker color.

Most animals would eat a bedbug if it were readily available. The main challenge most animals face is locating it from their hiding place.

Unfortunately, bedbugs don’t have claws or fangs to protect themselves from predators. They also don’t have any other physical features to help them fight off their predators. When it comes to defense mechanisms, bedbugs are useless at them.

Some bugs have wings to fly away, but bedbugs don’t have. They can neither jump nor fly, making it impossible to escape their predators.

But they are good at running and hiding. Bedbugs can flatten their bodies thin enough to fit in most minor places. They look for places they can hide from their predators.

How To Tell if Bed Bugs are Dead?

There are various ways of finding out if a bedbug is alive or dead if you are in serious doubt.

The only way to determine if a bedbug is genuinely dead is to poke it with a dull pointed object and see if it moves. If it doesn’t move, the bedbug is dead. Any movement, and there you have your answer; the bedbug was not dead.

Bedbugs will flee if they are disturbed in any manner. They won’t be fast, but they’ll make some movement as they try to escape.

Bedbugs will only remain motionless if they believe they are in a secure environment. That’s the only time they’ll be comfortable enough to digest their meal and shed their shell. Unless you disturb them, they will not move at this time.

You can use the posture of a bedbug to tell if it is alive or dead. The bedbug is dead if it is lying on its back. Bedbugs hate lying on their backs and will try to roll over as quickly as possible if they are in that posture.

See also  Do Fake Snakes Keep Squirrels Away? (Yes, They do)

When you see a bedbug curled up, you know it’s dead. Due to drying out or final muscle contractions, most animals and bugs curl up when they die. In some cases, you’ll notice blood and feces trails.

Don’t mistake bedbug shell casings for confirmation that they’re dead. Bedbugs will usually shed their shells as they progress through their life cycle. Instead of signifying death, it indicates that eggs are being hatched, and infestation is likely.

Other Insects That Play Dead

When they detect a predator, some bugs will pretend to be dead. They can become rigid and still or pretend to be stiff without being rigid. It can also fall on the ground. The approach of bugs pretending to be dead to avoid predators is known as “thanatosis.” They tuck in any protruding antennae or legs as they fall.

When you see bugs lying still, don’t instantly assume they’re dead; they could simply be “playing dead.” Try prodding them a little to check if they’re moving. However, no matter how hard the predator pokes or prods some bugs, they will continue to act dead.

If you decide to pick up the insect, you need to be extra careful until you can confirm if it’s dead or not. Place the insect in a jar or place a beating sheet underneath the branch or substance the insect is lying on. To prevent being bitten or being hurt.

The following are some of the bugs that have been known to play dead:

Bedbugs have no idea how to fool their predators by pretending to be dead. They’d rather flee and hide until the threat has passed. So, if you see a bedbug lying still and motionless, it’s dead or nearly dead.

On the other hand, bedbugs do not use the strategy of pretending to be dead to avoid being eaten like some other insects. We’ve already mentioned a few insects that can feign death, so be cautious even if you see them lying dead.