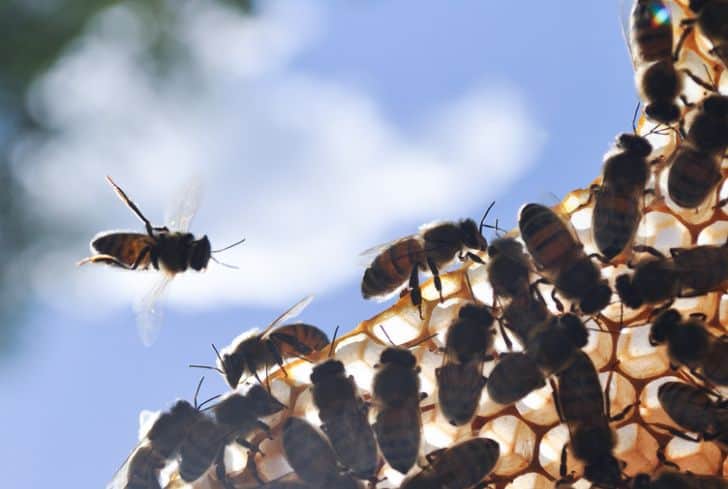 When you pick up a bee or wasp you thought was dead and it stings you, it can be shocking for you. Only those unfamiliar with bee and wasp behavior can encounter a situation like this. But can bees and wasps still sting you after they are dead?

Yes, it’s very likely. You can stretch the stinger and release the venom sac when you add too much pressure to the dead wasp or bee. The stinger will sting you as a result of your action.

Can Wasps Sting When Dead?

You have killed a wasp that has stung you, you pick it up, and it stings you once more. Wait!.  Wait!. Could it be that the wasp was never truly dead?

Yes, a dead wasp can likely sting even after it is dead. This is because the wasp is dead, but you unintentionally stung yourself with its stinger, which is what has happened. A dead wasp will extend its stinger to keep off attackers. Even after the wasp dies, the stinger remains in this state. That explains why a wasp that has died might still sting you.

But it’s crucial to remember that wasps can sometimes appear dead because they enter a dormant state. To avoid getting stung, you shouldn’t attempt to pick up a wasp without wearing gloves just in case it is still alive.

Do Wasps Come Back For Dead Wasps?

Even though a dead wasp might not always attract other wasps, it will make them more aggressive. Pheromone, a chemical that warns other wasps of the presence of the enemy, will have been released by the dead wasp.

For every wasp you kill, the other wasps become more aggressive, eventually leading to attacks on you. It is, therefore, advisable that you should avoid killing wasps, and if one attacks and you kill it accidentally, you should leave the place of attack as soon as possible.

See also  Are Flies Attracted To Urine? (And Blood?)

The best course of action if a few wasps have invaded your home would be to try to drive them out rather than kill them.

How Long Can a Dead Bee Sting?

A bee that has already stung you will not stay alive for long. However, the stinger left in your skin will continue releasing venom for almost ten more minutes if it has stung you. That’s why you should remove a bee sting immediately.

The bee’s venom comprises 88% water; the rest is an allergen. The allergen contains melittin, which causes red blood cells to burst and the blood vessels to expand, causing you pain. Another component is histamine which causes your capillaries to release fluid. Lastly, Phospholipase A2 destroys the cell membrane, causing pain and inflammation.

Even if the bee doesn’t sting you before it dies, you could still get stung by the stinger. The sting can pierce your skin if you step on a dead bee that still has its stinger attached.

Can Wasps Sting Through Clothes?

Yes, wasps can sting through clothes. However, it is advisable to wear heavier clothing because wasps don’t have a long stinger. Heavier clothing makes it hard for the stinger to pass through and reach the skin. Lighter clothes like tee shirts will make it easy for the wasp stinger to reach your skin.

Choose clothing with tightly woven threads to make it difficult for the wasps’ stinger to penetrate. Wearing loose clothing may or may not be a good idea. The wasp stinger may not reach your skin, depending on how loose your clothing is. Wasps, though, can get underneath your loose clothing and sting you.

You should thoroughly cover all your body parts if you are heading where you suspect wasps are in abundance. Wear gloves, socks, closed-toe shoes or boots, and a face and head-covering. Most professionals who handle wasp cases have a protective beekeeping suit for their protection.

How Many Times Can a Wasp Sting Before It Dies?

Wasps do not die from stings as bees do. Wasps can sting numerous times throughout their lifetimes. Wasp stingers are smooth and do not stick to the flesh since they are meant to sting repeatedly.

After stinging, the sting can repeatedly stretch and then retract back to the wasp’s body. Most people wonder whether wasps can sting you after their venom wears off. While the venom can wear off, a single wasp can’t sting you repeatedly enough for the venom to finish.

A wasp sting can be an extremely unpleasant experience. You should know that a wasp uses its sting to defend itself from attackers. The wasp ensures the sting is painful enough to scare humans or big animals.

You might first see a little puncture wound and possibly a tiny blood spot. The area around the sting will get red, and the sting area itself will swell. There will likely be a welt with a tiny white mark at the exact spot where the wasp punctured the skin.

Touching the swollen area will cause you to experience severe pain. If you have a sting allergy, the entire area will swell severely. You should get medical attention right away if you begin to have breathing difficulties or if the pain intensifies.

Differences Between Wasps and Bees

Most people have trouble telling bees and wasps apart. They only seem to remember how painful the sting was. Most people, when stung, are unsure whether they were stung by a wasp or a bee.

How To Avoid Bee Stings?

A bee sting hurts and shocks; that much is true. It can be lethal if you are allergic to bee stings, so it’s not something you want to experience. However, bees are common, especially outdoors, making it difficult to avoid them.

You can avoid getting stung by bees whether you’re indoors or outdoors by following the tips below;

3. Food: Bees primarily gather close to you to check for food sources. Cover food to reduce temptation; remove it from the area after eating. Ensure there are no unwashed dishes near you.

5. Be careful when picking up things outdoors: Picking up items outdoors is not advisable, especially items like clothing on the ground. A bee might be sleeping on the item, and if you disturb it, you can get stung.

Can a Wasp Sting Kill You?

It’s extremely unlikely that a wasp sting can result in your death; however, it does depend on how your body responds. Even one wasp sting might be deadly if you have a wasp allergy. Anaphylactic reaction sufferers react to wasp stings very quickly, and if treatment is not given within a few minutes, they risk dying.

An anaphylactic reaction is a severe allergic reaction that sends the body into shock and results in organ failure in the worst situations. Certain medications, foods, and wasp or bee stings can cause the reaction. It is quite difficult to tell if you have this problem without first being stung.

If you don’t experience an allergic reaction, being stung by a wasp multiple times could also result in death. You could experience severe reactions or develop other health issues if you get stung by wasps repeatedly.

It takes 20–200 wasp stings to cause kidney insufficiency or failure. This information was derived from a study of several patients who had endured numerous wasp stings.

Because their stings are painful and occasionally fatal, bees and wasps tend to generate a lot of fear in people. However, if you fully understand their behavior, you won’t need to worry.

Don’t panic if you encounter one; dress appropriately, and be aware of the difference between wasps and bees. Depending on how your body reacts after being stung, you can decide whether you need immediate medical assistance.