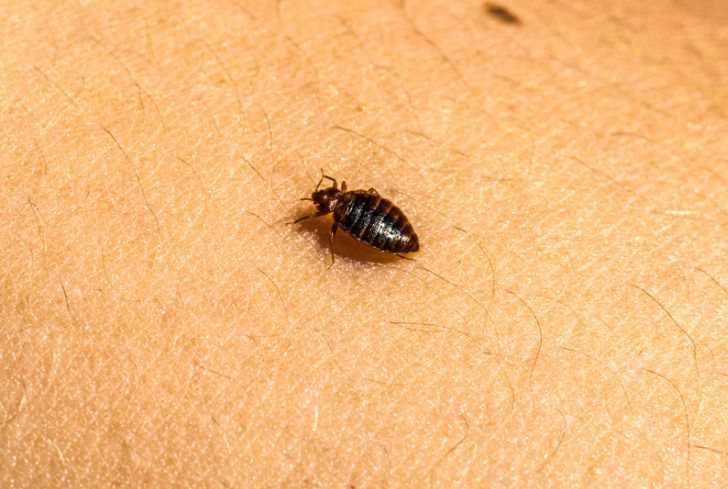 Several parasites can be found within your homestead. Bedbugs and roaches are the most common.

Bedbugs and roaches can be found in the same residence, but they prefer different areas. Roaches will congregate in areas that provide water, shelter, safety, and food. The bathroom and kitchen are the most accessible places to find those resources in your home.

On the other hand, human blood will provide bedbugs with the necessary nutrition and water. In addition to your beds, they can be found on side tables, mattresses, wardrobes, and other bedside furniture. They can keep biting you all night, making it impossible to sleep.

Roaches are scavengers, and they can be pretty annoying when they invade your home. Because they can eat anything, you’ll find them in every nook and crony of your house.

Can Roaches and Bed Bugs Live Together?

Yes, roaches and bedbugs can coexist in the same house, though not always in the same living space. You’ll find both of these creatures located near their food sources.

Roaches are most commonly found in kitchens, where they will eat anything. Bedbugs are frequently discovered in fabrics and sleeping areas.

They all have a fondness for filthy living quarters. Roaches eat waste, whereas bed bugs thrive in congested areas.

You’ll not find them in the same area because they don’t eat the same things. Roaches prefer leftover foods and garbage, while bedbugs love blood.

Because roaches consume everything,  they will not spare bedbugs, and bedbug eggs will if they come across them. On the other hand, Cockroaches have a diverse diet and will not necessarily seek out bedbugs.

As we described in the preceding section, roaches can consume bedbugs and eggs. That may appear to be a remedy for a bedbug infestation, but it isn’t.

While roaches don’t mind feasting on bedbugs when they come across them, using them solely to get rid of bedbugs may prove challenging. Bedbugs reproduce quickly, and roaches may not eradicate them quickly enough.

Using roaches to get rid of bedbugs may not be good, considering they spread diseases. Roaches have a lot of allergens in their saliva and feces, which makes them more prone to transfer diseases. You don’t need them around, even though they can help you get rid of bed bugs.

Although both bugs bite humans, a roach bite is more painful. You will not only feel the bite, but you will also most likely become infected due to the bacteria located on the roaches’ mouths.

Because roaches have small stomachs, they will feed infrequently. While cockroaches can eat a few bed bugs, eliminating a whole colony may be challenging.

The roaches may have a difficult time getting to the bedbugs. Bedbugs hide in places where cockroaches may find it challenging to get to, such as inside your bedside furniture or mattress.

The best and easiest way to get rid of bedbugs is to use bed bug exterminators. You can use this recommended bedbug killer Ortho Home Defense Max Bed Bug. You have the option of doing it yourself or hiring pros.

Yes, bedbugs have been mentioned as a roach delicacy. Oriental, brown-banded, American, and German cockroaches are the types of cockroaches that feed on bedbugs.

Cockroaches consume bedbugs, but they don’t eliminate them. They won’t even be able to reduce them as bedbugs breed rapidly. Because they live in different house regions, roaches may not look for bedbugs to eat them.

The ability of cockroaches to feed on bedbugs will be pretty beneficial to you. Both bugs come out at night to feed; roaches can scavenge and feed on bedbugs, saving you from bedbug bites.

If you’re wondering how roaches can detect bedbugs, it’s because of their sensors. Cockroaches have survival instincts and high sensory abilities, allowing them to find and feed on bedbugs.

Roaches will congregate around furniture and mattresses at night, waiting for bedbugs to emerge and feed. Bedbugs will approach their human prey at night to avoid going hungry, making them easy targets for the waiting roaches.

Because roaches would rather make a meal of bedbugs than becoming friends, bedbugs are rarely attracted to roaches. If bedbugs discover that roaches are around, they will not leave their hiding spots.

It’s highly unusual that roaches and bedbugs will come into contact in your home. If they can receive all the food they desire from the kitchen and bathroom regions, roaches will not seek bedbugs. Bedbugs are rarely attracted to areas where roaches live.

See also  Does Pine Sol Kill Ants? (Yes. It Will)

However, bedbugs will be attracted to several items in your home. Let’s take a look at a few of them.

Are Roaches and Bed Bugs Enemies?

Roaches are considered predators of bedbugs. They will feed on bed bugs and bedbug eggs. So, roaches are more of bedbug predators than enemies. A known enemy of the bedbug is the gecko lizard.

Certain types of roaches are considered enemies of bedbugs; let’s look at four of them.

You might not have a preference after reading what both can do. Because bed bugs live on blood, they will bite you more frequently. Swollen, red, itchy, and painful bites result from their bites.

Roaches are more active during the day and will be found all over the place. They may not bite you initially, but if they are hungry, they will bite to see if you can provide a suitable meal.

Bedbugs are more manageable to eradicate than roaches. Both tend to be very destructive, and they multiply quickly. Bedbugs will feed on pets such as cats and dogs in addition to human blood.

Bedbugs may be small, but they are visible and destructive. Roaches are more prominent and very visible, but imagine them roaming around and being seen by guests you’ve invited for a meal.

Both bugs are nocturnal, which means they prefer to feed at night. Because their meal (you) is readily available at night, bedbugs will feed at night. During the day, they will be busy laying eggs, mating, digesting the food, and waiting for their next meal at night.

Roaches like to feed at night as well because that is when they are less likely to come into contact with you. They will be able to eat their supper without fear of being attacked or interrupted. They are, however, more agile and faster, so they may venture out during the day.

Because of the bacteria they collect as they eat garbage, cockroaches spread diseases like diarrhea and salmonella. Roaches also trigger allergies and asthma.

Even though bedbugs feed on human blood, they do not transmit diseases. While they are unlikely to transfer disease, they can cause alarm and are a nuisance.

It is perfectly normal to find parasites in your home. Roaches and bedbugs are not an exception. But, don’t be alarmed as they may not necessarily inhabit the same place.

They each have their preferences. They may not be friends since one is a predator of the other. You will find it hard to favor one over the other because both can be extremely devastating.

Both insects multiply quickly and prefer to live in areas with poor sanitation. If you don’t want them around, you might want to try maintaining your living quarters in tip-top shape.

You can get rid of both pests in various ways, some of which are homemade. However, hiring expert bug eradicators is the best way to eliminate roaches and bedbugs.