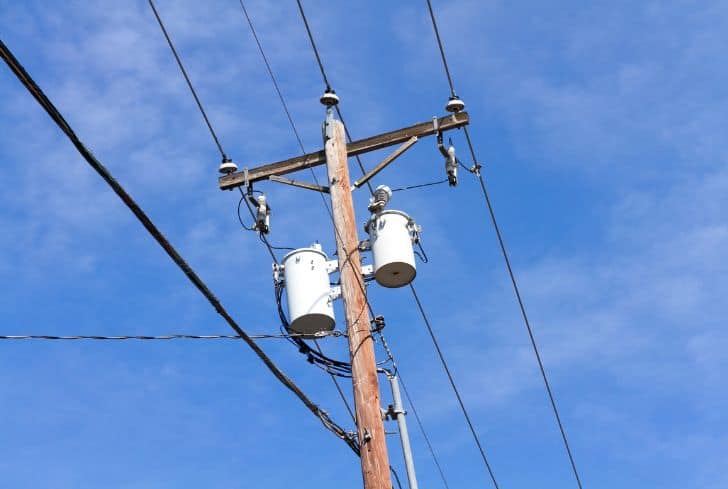 Linemen must take several safety precautions into account before beginning to climb a utility pole because of the high voltage on power poles and the rocky earth below.

In addition to this, posters and flyers that have been placed illegally make their daily activities even more challenging. Therefore, should anything be attached to a telephone pole or a power pole, or is that entirely acceptable?

This article will provide a comprehensive overview of everything essential for you to know. Let’s get started on them.

Is It Legal To Put a Sign on Telephone or Power Poles?

Putting up a sign on a telephone or power pole is an act that is against the law and illegal. Several state laws prohibit affixing posters on utility poles, which is considered a violation of the National electrical safety code in several local jurisdictions.

In the United States and the counties surrounding it, mounting posters or hanging other things on utility poles may result in a fine of up to 500 dollars. If you do this, you are not only putting utility employees’ safety in danger, but you are also likely breaching the law.

The placement of signs on utility poles has been made permissible by state regulations, but only for those permitted to do so by a legal authority. You cam find additional ways to disseminate information in your neighborhood, such as using yard stakes or joining online community forums.

Can I Plant Flowers Around a Telephone Pole?

It is inappropriate to plant flowers close to or around a telephone pole. Although, anything that does not exceed a height of fifteen feet is regarded to be safe. It would help if you didn’t plant anything higher than that near a telephone pole.

Planting food crops next to telephone poles is not advised since the poles are treated with creosote, a substance made from the distillation of tar that is heavier than water and is used to conserve wood.

Consuming anything that has grown close to creosote is not advisable since the chemical includes several hazardous substances. Because creosote was also used to treat railroad ties, you need to exercise extreme care if operating close to them.

If you have access to bricks, you should use them to create a charming small border around the garden to define its boundaries. This provides a visible line indicating where the garden is located and outlines where the grass maintenance should stop.

See also  Neighbors Playing Loud Music at Night: What to Do?

Can I Put a Camera on a Utility Pole?

You are not permitted to mount a camera on a utility pole. Several federal courts have ruled that the government cannot employ surveillance cameras installed on utility poles without a search warrant.

Suppose this is done in a way that continually records the actions of persons on private land when those individuals have a legitimate expectation of maintaining their privacy, in that case, this behavior is entirely unacceptable.

However, it depends on many other factors and is highly subjective to say whether or not someone has a legitimate expectation of privacy. As a result, if you’re incredibly keen on mounting a camera on a power pole, you should insist that local authorities sign a licensing agreement beforehand.

The licensing agreement would be similar to an agreement to attach a pole, but it may be more precisely tailored for the kind of facility that would be installed and the length of time it will be attached.

Can You Drill Into a Telephone Pole?

You are not permitted to drill into a telephone pole without first obtaining a Close Approach Consent from the government or making a request to the municipal court in your area. This is because there is a possibility that destabilization might lead to the pole collapsing.

Suppose you want to apply for a Close Approach Consent. Your application must be processed within two days and within regular business hours. After then, a certain number of weeks are needed for it to be authorized.

Or, even better, send an open request to your homeowner’s association asking them to inspect the telephone pole and provide their consent. However, this action violates several laws and is entirely unethical.

In addition, after you get permission, you must keep the overhead electrical lines in mind when drilling holes in the power poles. If you collide with an overhead power line, there is a genuine possibility that there might be electrocution, an explosion, or a flashover.

Can You Hang Signs on a Telephone Pole?

Attaching objects such as placards or posters to poles may pose significant dangers because it interferes with the capacity of line workers to do their work safely. Line crews operate around the clock in all kinds of weather situations.

See also  Can You Put a Fire Pit Under a Canopy?

If a lineman has to climb a pole to check for faults, these things can become potentially dangerous impediments. Even a little nail may easily puncture their skin, clothing, and gloves, and any snagging of safety gear might lead to the lineman falling and perhaps being electrocuted.

Power outages are inevitable when poles go down; thus, this hazard is, at the very least, a discomfort. Power companies are forced to spend significant resources either repairing or replacing utility poles that have been damaged. As a result, hanging signs is not a brilliant idea at all.

Can You Decorate a Telephone Pole?

You are not permitted to paint or decorate their property without first obtaining permission from those in authority. They wouldn’t want anybody to put a decoration on the pole since doing so would obscure the marks that assist them in determining the pole’s origin, origin, accreditation, etc.

If there is an agreement over your land, the telephone pole there will not be considered your property. In most cases, the utility company will own anything between the power source and the meter, while you will be responsible for everything on your side of the meter.

You acknowledged that they could install materials in that zone and have access to it for maintenance, repair, and inspection when you started receiving service from them.

They have established protocols for inspecting, exterminating, and replacing utility poles. They are going to say no even if it is possible that decorating it won’t create any problems since they want to prevent any issues that may arise.

Can You Mount a Flag on a Telephone Pole?

Placing a flag on a telephone pole or anywhere near electrical, phone, or cable wires is against the law and hazardous. If a flag is planted to contact utility wires, it will disrupt service. A flag flying from a telephone pole threatens passers-by since it may get entangled in the wires.

To avoid installing your flag pole on a telephone line, calculate the height at which the flag will fly. However, setting up flag poles requires excavating a small hole. Therefore, you should also think about concealing utility wires under the ground.

Any new structure’s base must be between eighteen and twenty-four feet away from existing or planned utility lines. Contact your local utility organization can find where sewage, gas, electric, cable, and phone lines are located.

The Titan Outrigger Kit is an option to prevent accidental contact with a telephone pole. This particular kind of flag pole is suitable for external installation.

See also  Neighbor Keeps Looking in My Windows: What Should I Do?

Is It Safe To Live Next To a Utility Pole?

Having your home next to any utility pole is not safe. They might devalue your property, harm your house and yard, and even pose a risk to your health. When utility lines are under greater strain, such as during peak use, when temperatures are high, or when there are fires, they tend to droop lower.

The danger of electrocution and fire rises as ground clearance decreases. Even if they are elevated to a safe distance, electrical lines may still endanger lives and property during natural disasters like tornadoes, hurricanes, and earthquakes.

If trees or buildings nearby come into touch with the wires at that time, they might be electrocuted. If you want to avoid the hazards mentioned, it’s best to stay inside the safe zone, which is a reasonable distance from the utility lines. Higher voltage lines, for instance, produce more electromagnetic radiation than lower voltage lines do.

For this reason, it is essential to consider how far away your home’s electrical lines are. The magnetic field strength increases as one gets closer to power lines and decreases as one moves away.

Can Utility Company Sue Me For Attaching Something To Their Pole?

Suppose you continue to hang anything from the pole. In that case, the utility company has every right to file a lawsuit against you for any improper activity you may have committed on the pole. However, before them, your homeowner’s association would have received several warnings and complaints about your behavior.

The utility company that owns the pole is also responsible for frequent visits to inspect it and make any necessary adjustments.

Therefore, if you hang things from a utility pole and it breaks because of your irresponsibility (driving under the influence of alcohol or not paying attention), you can rest assured that the power utility will charge your insurance company or, if you do not have insurance, they will come to you for compensatory damages.

In the end, and throughout a more extended period, individuals pay for the harm that the utility company has to remedy in the rates that they pay for consumption, or they risk being sued.

At first glance, utility poles may seem like an excellent spot for signs because of their prominent location. However, by doing so, you are not only putting the line workers’ safety in jeopardy, but you are also certainly breaching the law. Therefore, make every effort to comply with different restrictions that your city has for hanging objects on the pole.